Characters with blog posts hyperlinked appear in all CAPITALS, just click on their names/descriptions to read what they're up to right now!

Eileen Hutchinson: Levi Hutchinson's only daughter, Eileen grows up awash in testosterone--and learns well how to make it suit her purposes. She falls in love with a boy no one else understands, least of all her father, Levi.
Wesley Hutchinson: Eileen's older brother and their father's pride and trusted helper. Wes gets his mechanical education working with him in Oklahoma's oilfields through the Great Depression. Wes is still puzzling over how to "fix" his sister's suitor when Pearl Harbor is attacked, taking both he and Frank Lawton out of her life and off to war. Though his first love is his plane, the heavy bomber his crew and the Army entrust to his care, the war's carnage leaves him craving the softer, quieter love of English debutante, Melody.
FRANK LAWTON: At eighteen, Frank's already the veteran of a five-year war with his widowed, abusive father, and indomitable by anyone else except his love, Eileen Hutchinson. His devil-may-care brands him as their town's menace before the war, but returns him to it a hero--to everyone but Eileen's family, still grieving the loss of their Wesley.
Melody Thompson: The beautiful daughter of a prominent family in her quiet hometown is openly cynical of the "cheeky Yank flyboys" who've taken over Hardwick, but she senses a staid sincerity in Wesley that leaves her open to the unthinkable--leaving England for his America after the war.
JUSTIN PRATOR: The well-intending but hapless war orphan just can't seem to get his life on track. In his forties with two grown children when his birth mother finds him, he's already had two careers, a failed marriage, and alcoholism pass through his meager life. With a single conversation, however, he sees himself transformed from an anonymous extra to the precious, thin link between an unsung hero and the destiny he was denied.
Paul Prator: Driven and successful at an early age, Paul's talent for flying's almost as formidable as the chip on his shoulder. Nearsightedness keeps him from flying in the military but not the airlines. When an emergency lands him a chance to have his dream, he finds it at odds with his true purpose in life--becoming Christina Lawton's husband.
Christina Lawton: Enough like her grandfather to become the first woman on his family-dominated Cleveland Fire Department, Christina looks forward to stepping out of Frank's long shadow. But when headtable chitchat at their wedding reception unearths the secret connection between her and Paul, she gets more distance than she bargained for. The only way she can have her husband and keep her family is to divulge a beautiful secret of her own: the unlikely, unborn grandchild of both Wesley and Eileen Hutchinson. 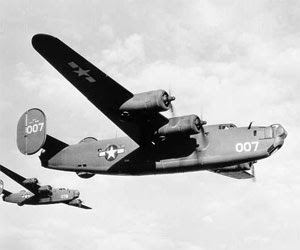 GET A SIGNED COPY!

Great books by my author heroes!